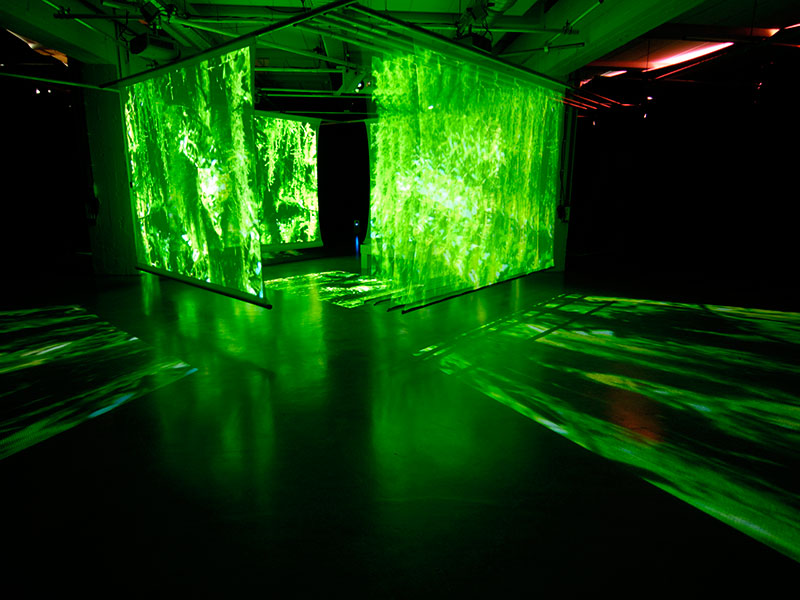 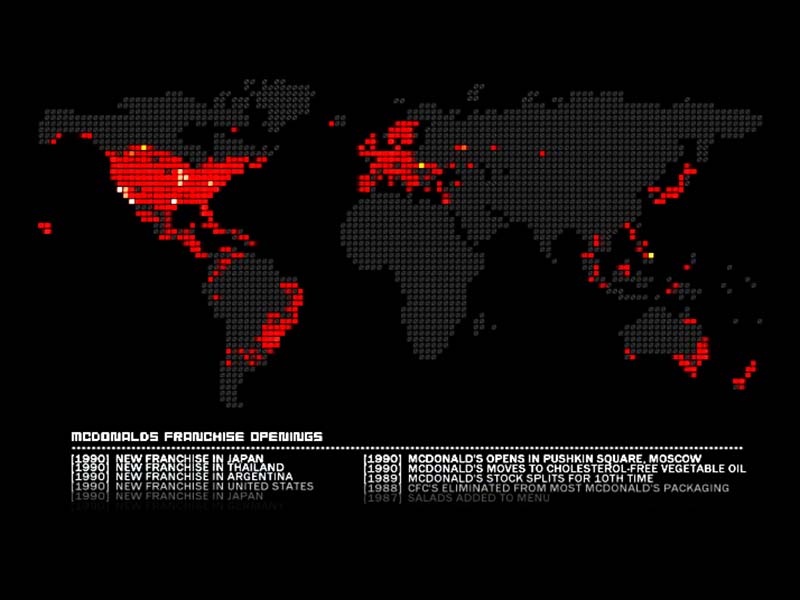 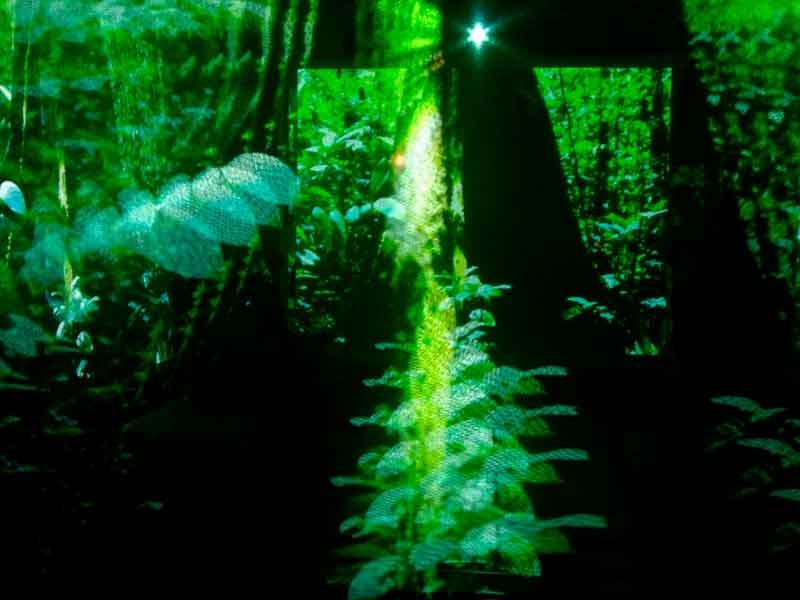 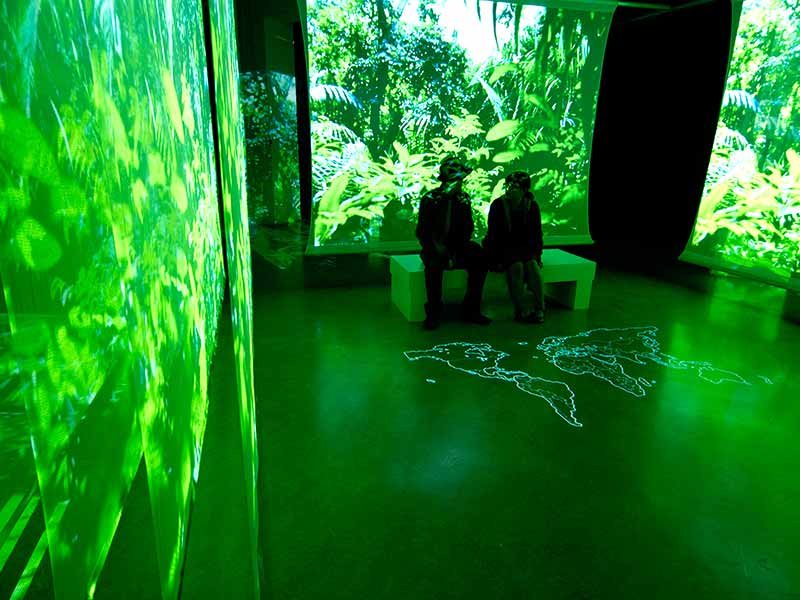 Small Global is an interactive video installation with surround sound that translates data about global interdependence, consumption and its environmental costs into an immersive environment. Multiple layers of transparent screens create an invisible cube of projected images, with the projections echoing onto the walls, ceiling and floor of the space. Members of the audience can walk around and inside the cube, their bodies becoming part of the projection surfaces. Surround sound immerses the space, and interaction sensors allow visitors to reveal visual information with their presence.

This first module references McDonalds, which was chosen for Small Global as the most widely acknowledged symbol of the growth of mass global consumption. Data of the company’s growth is mapped graphically against the destruction of the world’s rainforests. The first two modules, #01-Deforestation and #02-Coltan, have been commissioned and produced by Eyebeam , a not-for-profit art and technology center in New York City in 2005.