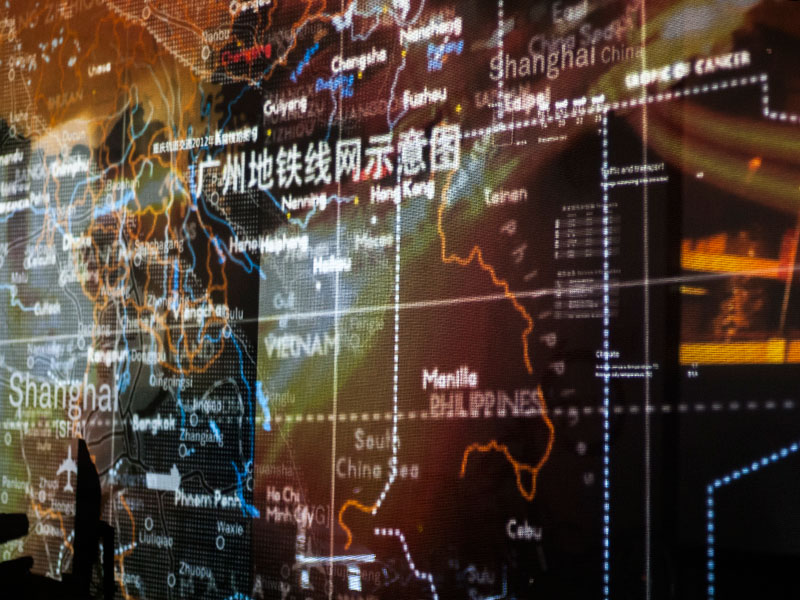 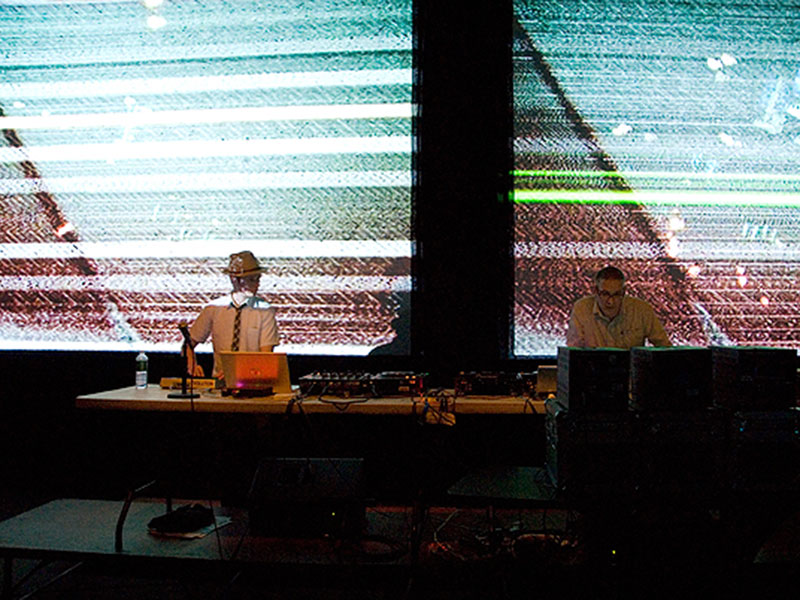 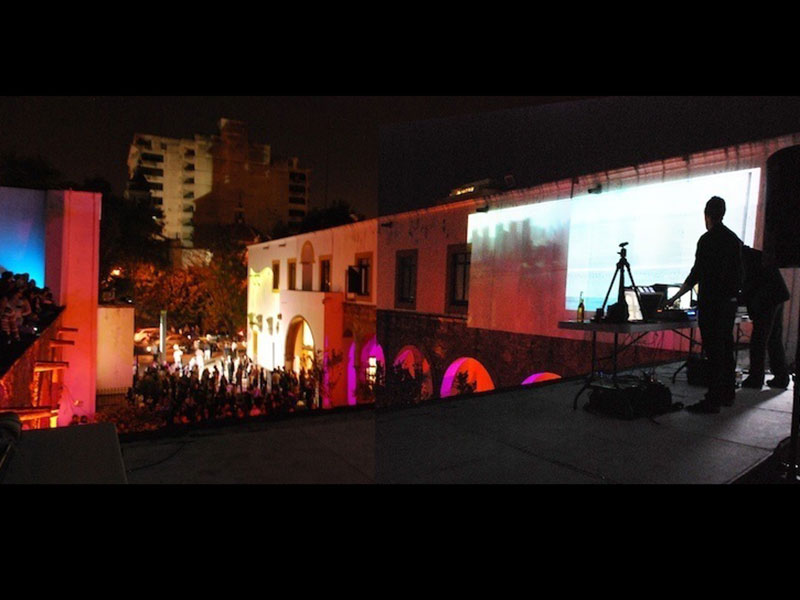 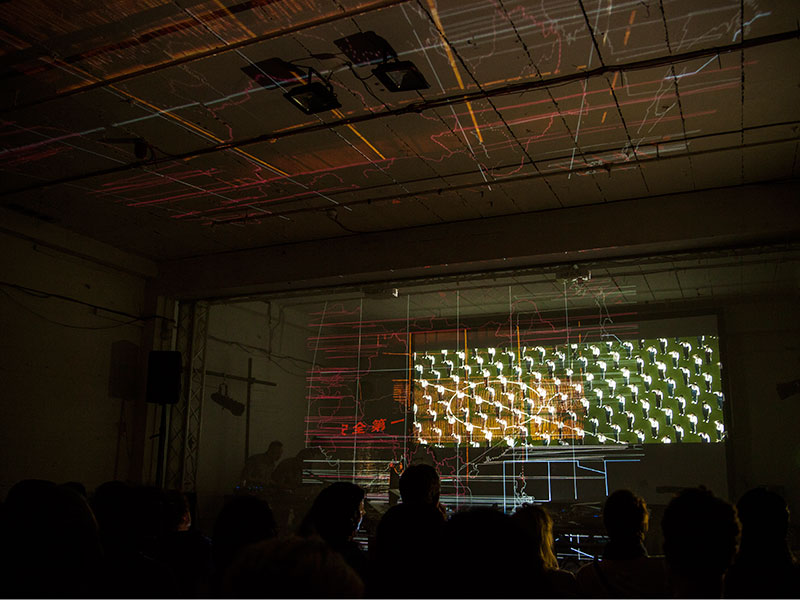 D-Fuse’s live cinema performance Latitude [31°10N/121°28E] is inspired by the notion of drifting through the city - a journey through the land and soundscapes of China, following the emotive and sublime qualities of spaces that surround us. As a survey of the city as unstable terrain, Latitude combines fragments of conversations, crowds, journeys, lights, deserted space and architectural forms, tracing a multitude of paths, identities and experiences in the urban realm. The music for this performance has been composed by D-Fuse’s musical director Matthias Kispert, making extensive use of real-world urban sounds and electromagnetic interferences from technology in public space, recorded at the locations visited.

During a 3 month research period in China [supported by the British Council and the Arts Council England], D-Fuse have explored the rapidly changing urban environments of Shanghai, Guangzhou and Chongqing together with local artists. These journeys have been documented utilising a wide range of audio and visual techniques, and the materials drawn from this form the basis for this performance.

Other works produced from D-Fuse’s research in China include the film Brilliant City [2004] and the installation and print series Undercurrent [2006].

Latitude [31°10N/121°28E] is a live audio visual performance with a duration of 45-60 minutes, and is designed to be performed across multiple screens.